Fantastic have worked in partnership with Leeds United for the last 8 years, supporting various departments with marketing and creative, from ticketing, conference and events, to club communications and most recently the retail department.

The Marketing Team approached Fantastic Media, on the back of the recognised success gained with other clubs, such as Sheffield United and Blackpool Football Club; to help create a Season Ticket renewal campaign for the 2020/21 season.

The Club wanted a campaign that would unite the fans with a nod to the future and the Club’s “Next Chapter”. The most important thing was to try and encourage as many fans as possible to renew their 2020/21 Season Ticket. 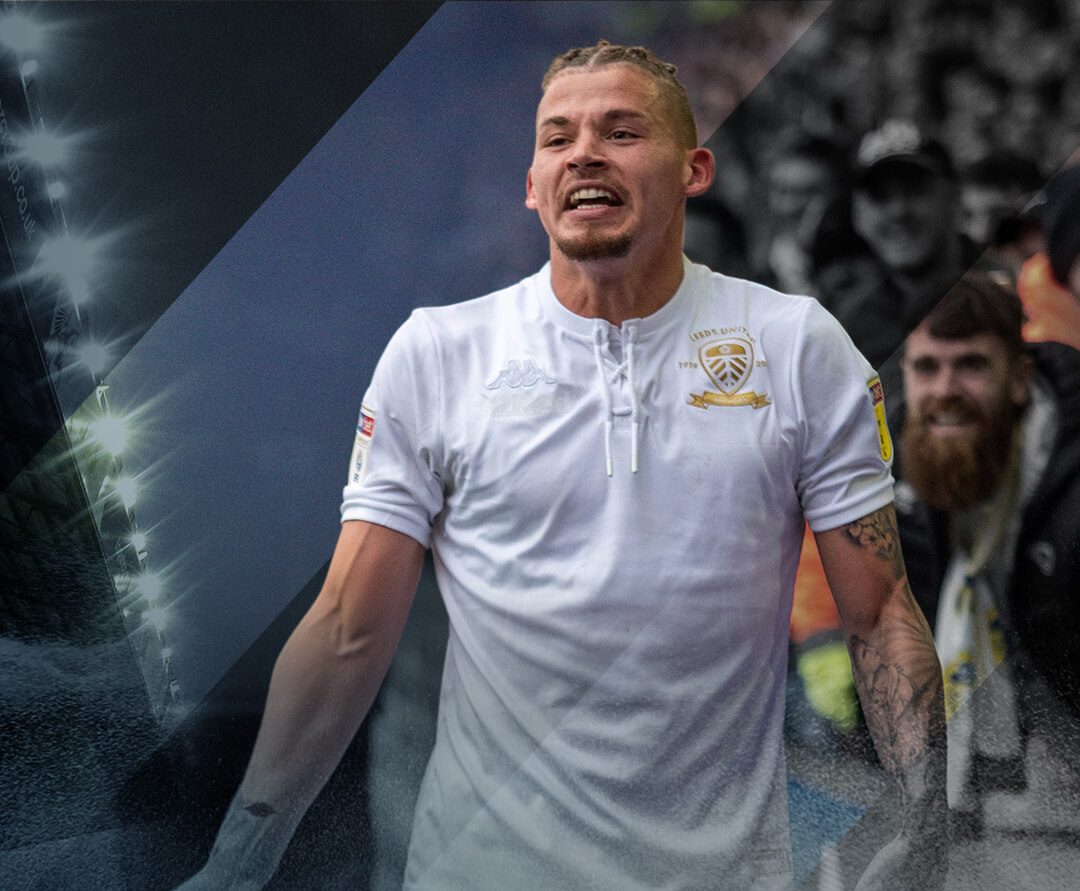 Leeds United’s team tasked Fantastic with creating a Season Ticket campaign that would incorporate a viral new-age digital element, whilst getting the fans excited about renewing for the next Season.

The campaign also had to have a look and feel that would have longevity and become the Club’s visual style that could be utilised for the remainder of the Season.

The campaign had to have energy and ‘shareability’ that would be modern and motivate fans. It also had to make general reference to the future, without over promising.

The campaign utilised both players and fans as well as celebrity fans linked to the club, to help with promotion throughout the renewal period.

In order to engage fans we knew we had to integrate elements of Leeds' history. We chose to do this with their well-known "ON ON ON" chant. This is chanted by Leeds United supporters at the end of the famous 'Glory Glory Leeds United' chant. The origins of this come from their 1972 FA Cup Final win over Arsenal in which the song "Leeds! Leeds! Leeds!" was created. The song entered both the UK and Irish charts and is still sung by the Leeds faithful to this day.

Over the past few years the "On On On" element of the song has been increasingly exaggerated at the end of the chant by Leeds Fans, producing an echoing roar that fills Elland Road. Therefore we fashioned a hashtag / motto that the fans are aware of and will be recognised, with the opportunity to take it to the next level.

"On On On" also works well with the famous Leeds fan's salute. This provided us with a great opportunity to create exciting video content that would engage fans across their social platforms.

The overall aim was to create a ‘renewal only’ Season Ticket campaign for Leeds United's 2020/21 season.
With it being the first year after the centenary celebrations, we wanted to produce a campaign that resonated with the supporter base and switched the focus to the next 100 years.

Statistics as of February 2020.

Our partnership with Fantastic Media continues to go from strength to strength with outstanding results returned for this crucial club campaign.

The Fantastic team bring a great level of sports experience to the table and having worked closely with the club for a few years now, really understand what works and delivers creatively, every time.

Want to see better results from your marketing?